I really wanted (and needed) to get out into the fresh air and walk around, so I got up around 6:30 and took Sergeant Margie with me over to William Land Park and the WPA Rock Garden.

It was good morning to walk.  We saw all kinds of stuff!  Skippers, a little Gray Hairstreak butterfly (Strymon melinus), some orb spiders, a crab spider, two different kinds of praying mantises, a dragonfly and some damselflies, leaf hoppers, Harlequin Bugs, a cranefly, bees, and a Pipevine Swallowtail caterpillar.  I also found some Small Milkweed Bugs (Lygaeus kalmia), and I moved in to get some photos of them, the little ones jumped on the larger ones back and she ran off with them.  Hah!  I then found a whole colony of Leaf-Footed Bugs (Leptoglossus phyllopus), a couple of mamas and babies of all sizes from hatchlings to juveniles.  Hordes of them on the pods and leaves of the big Indian Bean Tree (Catalpa bignonioides).  It was kind of neat and kind of creepy at the same time.  On one of the oak trees I also found a variety of wasp galls.  Some were cone-shaped (from the Red and White Cone Gall Wasps, Andricus kingi), some were blobby (from Wooly Leaf Gall Wasp), and some were spiky (from the Spined Turban Gall Wasps, Antron douglasii).  It was kind of neat to see them all clustered together in the same area.  Around the duck ponds we saw Blue Herons, Green Herons, a large white Egret, crayfish, and a mama Wood Duck with her ducklings amid the ubiquitous geese and ducks.  I tried to get as many photos as I could.

After walking for about 2 hours, I drove over to Raley’s and picked up a few groceries — including a locally grown yellow watermelon for supper — before heading home.

I got this in my email this morning:

Thanks for your interest in dragonfly monitoring! The great thing about MDP is that you don’t have to be an expert to submit data. I would keep an eye out for good migratory pathways (ridgelines and coastlines tend to be good). Once you find a good place for viewing dragonflies, familiarize yourself with protocol and data sheet and pick a few hrs to observe. You can watch for 10 min or all day. It’s all very useful info. You don’t even need to ID them to species. You can just record numbers you see. If you have questions, their website is very helpful, (or you can ask me too).

Yay!  I’m going to try helping out with the MDP! 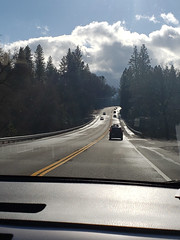 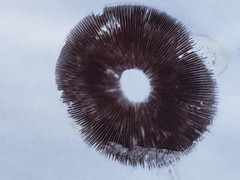 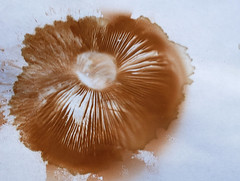 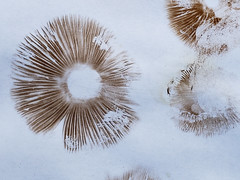