I was able to sleep in a little bit today and got up around 6:30 and took Sergeant Margie with me over to the WPA Rock Garden for our walk.  Along with the flowers and ubiquitous ducks and geese, we saw Lady Bugs, a praying mantis (and later, some mantis “exuvia” — the shed skin), slugs, a big tobacco hornworm — (on what I’ve learned is a flowering tobacco plant, Nicotiana sylvestris.  Considering that tobacco-based insecticides are now being banned in much of the country because they kill bees, I was actually kind of surprised to realize that a lot of the plants in the WPA Garden are actually varieties of flowering tobacco plants.) — spiders, some kind of leaf-curling caterpillar, what I think was a mealy bug egg mass, and damselflies.  I also found some tiny Emma’s Damselflies — which are gorgeous blue and shimmering green — but they’re so teeny and move so fact I couldn’t get any pictures of them.  Then I found a “speck” on a leaf that I thought for sure was the instar of something, but it was so small I couldn’t tell what it was.  (I need to remember to get a high-powered magnifying glass to take with me on my excursions.)  I took a photo of it and enlarged the picture as much as I could without distorting everything and found it was this sort of “cuttlefish-looking” thing with a pointy top and a thin translucent “fin” around it.  The “body” was white with a black dot on either side of it.  So weird!  It might actually be some kind of seed, but the coloring seemed too odd for that, so I submitted the photo to Bug Guide to see if they could identify it for me.

The sky was full of turkey vultures this morning.  As the sun came up and the warm warmed up, they found some really good “thermals” around the duck ponds and did their slow-circle-promenade up into the sky.  Anyway, the dog and I walked for about 2-1/2 hours and then went back home.

Awww, my Bug Guide peeps are soooo good!  They identified the little thing as an adult Sycamore Lace Bug (Corythucha ciliate). The “fin” structure I saw was actually the way the adult’s wings protrude from the body.  “…Adults are whitish in color and about 3 mm in length… The sycamore lace bug feeds on the undersides of leaves, causing desiccation of tissue, first near the veins, and subsequently affecting the entire leaf, which may drop prematurely… Sycamore lace bugs overwinter as adults, either under loose bark of the trees, or in nearby cracks and crevices. They are extremely cold tolerant, withstanding temperatures as low as -10ºF…”  They are considered pests in large numbers, but have such a neat body and wing structure!  Google ‘em to see better photos… 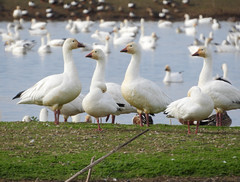 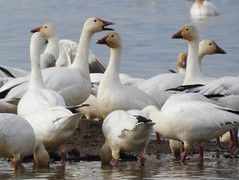 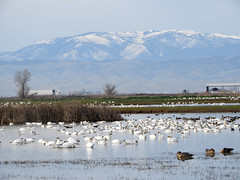 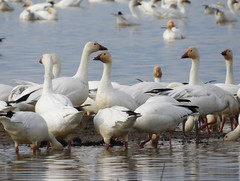