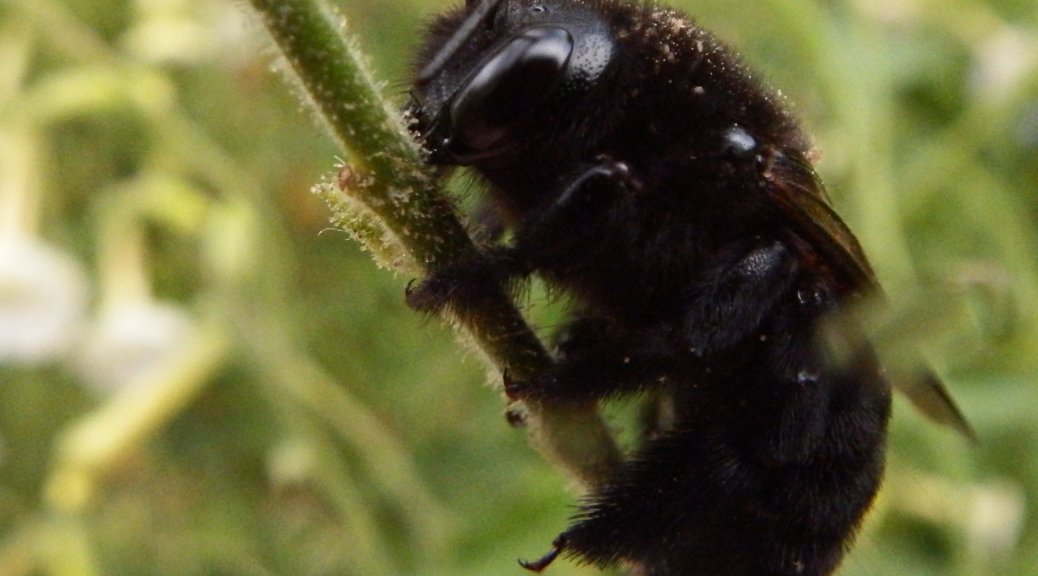 After work, it wasn’t raining – a little bit of angel spit, but no downpours yet – so I took the dog over to the WPA Rock Garden and duck pond for a short walk.

Again there were no spectacular photo ops, but I did get to get a few close-ups of a female Carpenter Bee napping on a flower stem. I also came across a Flame Skimmer dragonfly and tried to get closer to it to take some photos, but there were cactus all around where it was perched. Smart little dickens. I got some distance shots, but… Arrrgh! I really wanted a close up. While I was watching it, a Jumping Spider came out of its hidey-hole and tried to sneak up on the dragonfly, but – fffffffllllit! – the dragonfly went off again.

I did manage to get a few good squirrel photos, and found another female Wood Duck, this one with about six fuzzy babies all around her. The dog and I left the park, though, just as the clouds were starting to get serious: thunder, lightning and a sprinkle of rain.

Thankfully, the clouds didn’t open up until AFTER I got home.