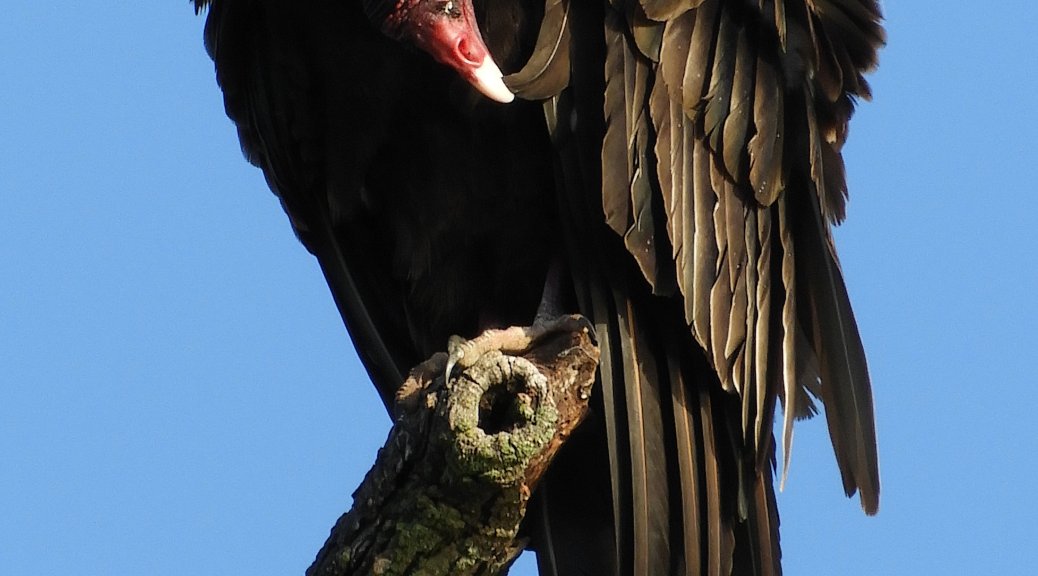 It had rained during the night and was overcast when I headed out to the Effie Yeaw Preserve for my walk. (Had to stop and put gas in the car first.)

It was 49º when I got to the river, and the clouds broke up over the following few hours. I came across the usual suspects at the preserve: mule deer, turkey vultures, woodpeckers, wild turkeys…

CLICK HERE for the full album of photos and video.

There were no super-exciting standouts, but I did get quite a few photos. And for some reason, my camera gagged on two of the batteries I put into it. I’d take a photo, and the whole camera would freeze up; nothing worked. So, I popped out the battery, and put in a new one. Same thing. Took a photo, everything froze. I was beginning to worry that the camera was having real issues… but the third battery I put in seemed to do the trick. Maybe the other two had been recharged so many times they just could hole a charge for more than a few seconds anymore. I don’t know… but I’ll keep an eye on that.

One neat find on my walk was a “pellet” coughed up by a hawk. I’m assuming it was a hawk and not an owl because it was smaller than most owl pellets I’ve seen, and only had one tiny bone in it. Most of the pellet was undigested fur, but there were also parts of the armored exoskeleton of a Jerusalem Cricket. Very cool.