Gene Trapp and his wife Jo Ellen headed up one of their monthly walks at the West Davis Pond site this morning. He thought it might be good spot to bring the naturalist class, but I wanted to check it out first. (I also thought that after a few visits, I can add this to my own walk list here on this site.) It can be found in the city of Davis, California, off of Covell and Denali, where Isle Royale Land and Bryce Lane merge together. Look for the large white gazebo-like structure and park on the street.  (There are no restrooms along the path, but you can find a public restroom in the medical facility across the street from the short end of the trail.) You can see more information at Friends of West Pond on Facebook.

I had never been to the pond before, but was pleased at it was so easy to  locate – with a paved trail that was super easy to walk. Our group was unusually large, though (about 27 people) so that was a lot of bodies moving along a tight walkway all at once. I’d take smaller groups if I go with the naturalist students.

Because it was chilly and overcast outside, we didn’t see much of anything.  I can tell by looking at the area, however, that in another month or so, when things start to green up and the critters all go into mating mode, it should be a very interesting, very pretty place. Lots of trees (including some gorgeous Cork Oaks, Quercus suber) and pretty shrubbery along the route (including some lovely quince bushes). Most of the stuff is non-native, of course, but Gene and Jo Ellen oversee the construction and maintenance of a large native-plant garden along the path as well as a large butterfly garden. They hold a lot of promise for future photo-taking / naturalist opportunities.

I did see some wildlife: Canada Geese, Mallards, Crows, Black Phoebes, Wood Ducks, Scrub Jays, Mockingbirds, lots of Anna’s Hummingbirds and Fox Squirrels, White-Crowned Sparrows, Golden-Crowned Sparrows, a couple of Spotted Towhees, House Finches, and a very red, very wet Purple Finch… things you’d typically see in an urban wildlife area. The not-too-seeable critters included Nutthall’s Woodpeckers, a Hairy Woodpecker and a Red-Breasted Sap Sucker that teased us with their presence, but made photo-taking difficult because they kept flitting around.

When someone mentioned that are sometimes Wilson’s Snipes along the edges of the ponds, a newbie birder who had brought her Sibley’s guide with her tried to look it up. Oddly, there were no Wilson’s Snipes mentioned in her guide even though they’re fairly common in this area. So I opened up the Merlin app on my phone and showed her a picture of it. That app is one of the easiest birding apps to use, and it’s free!

Gene and Jo Ellen were fun to walk with; they have so much knowledge and so many area contacts. Someone found a skull on the side of the path and Gene identified it as a raccoon skull. Very cool.

The walk was a good one, very informative, and I look forward to visiting the pond again. 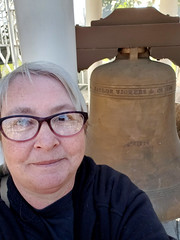 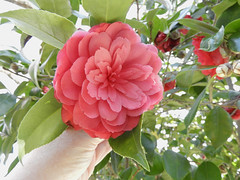 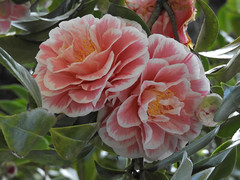 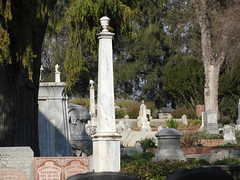