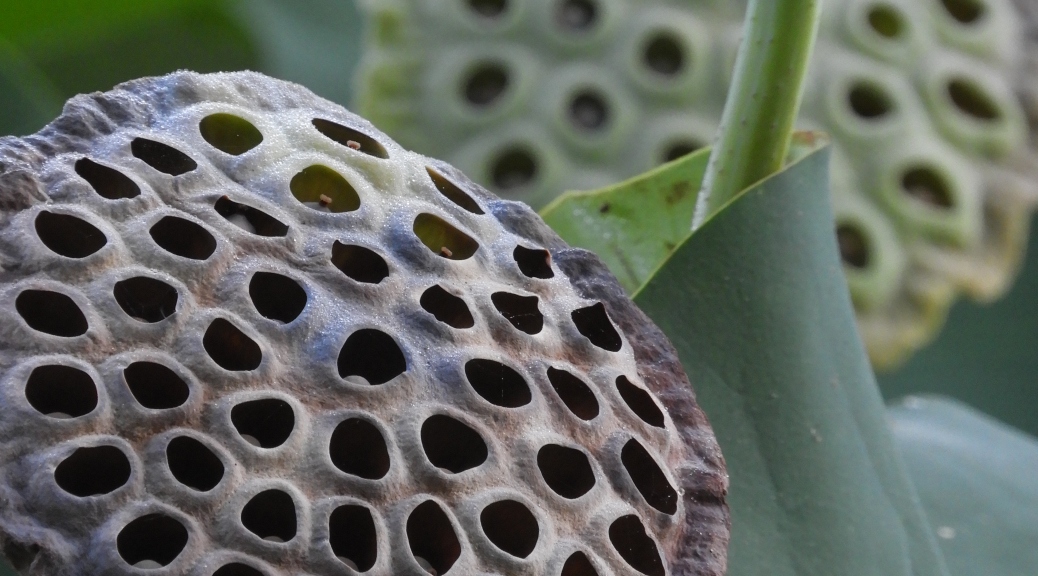 This morning, I headed over to the WPA Rock Garden at William Land Park.  It was 63° when I got there, and then got up to about 95° by the late afternoon.

All the while I was at the garden, the giant sprinklers I the front portion of it were on, soaking everything, so I wasn’t able to get into parts of the garden at all, and had to deal with water running through all of the pathways.

For the first hour or so I was out there, I was joined by Kristie Kraemer, one of my naturalist class graduates. She’s readying for retirement and is taking a nature journaling class on the side.  She’s gotten into watercolors as part of her journaling class and is focusing on “green” right now.  I totally get that. Focusing on one facet of anything can be very instructive – and relaxing.  It uses a different part of your brain…  ((I suck at watercolors, myself, so I’m always in awe of people who use them.))

At the park, I was hoping to find insects and their eggs, and maybe see the family of Great Horned Owls again, but I kind of struck out on those…  Although, I DID see several praying mantises, a pair of striped beetles, and some kind of tiny weevil.

Oh, and I got some photos of a garden snail pooping.  You wouldn’t think that was such a big deal, but… According to Robert Cameron, Evolutionary Biologist and Malacologist, “…The process is a bit bizarre by our standards, because the anus opens into the mantle cavity, which also houses the lung! So, the poop itself is shed through the breathing pore. It is usually a string of green or brown matter depending on what the snail has been eating. If you feed it nothing but carrot, the poop will be orange. They can poop while resting, because the breathing pore faces outwards in the mouth of the shell when they are withdrawn…”

I walked through the garden, around the middle pond, and then headed over to the large pond and walked around that, too.  So, the whole walk was about 3 hours’ worth.

In the middle pond, there were the usual suspects: ducks, geese, crows… And there was also a Green Heron fishing in the middle of pond by standing on one of the broad leaves of the lotus plants that are over-growing in the pond.  I got a few nice shots of him.

At the larger pond, the Chinese Geese were out, and I saw a crayfish and a turtle, but they ducked out of sight before I could get any good photos of them.  Just as I was leaving, I saw a small flock of Western Bluebirds chasing each other around, and also hear a Nuttall’s Woodpecker.  I followed his noise and found him in a tree across the street from where my car was parked.  I was able to get some pictures – in between the cars going back and forth on the street.

After the walk, I went home, had some lunch and pretty much relaxed for the rest of the day.