I went to the WPA Rock Garden and William Land Park for a walk.  I was going to go to the Sacramento National Wildlife Refuge with Roxanne today and take the dog with me, but I was worried about being 2 hours away from home if Sergeant Margie got sick – and I didn’t want to run the risk of him pooping in the car.  So, Roxanne and I nixed the wildlife refuge trip and will, instead, go to the arboretum in Davis tomorrow.  (It’s closer.) They’re supposed to have 80 different kinds of oak trees there.  Only about 18 are native to California, so the other ones come from all over the world.  Should be interesting.

At the park, I wasn’t really looking for anything in particular, and was just open to whatever Nature wanted to show me today.  And I needed the exercise.

At the littlest pond, there were quite a few crayfish out around the edges of it, trying to get some early morning sun before the larger fish-eating birds realized they were there. I also found a couple of Bur Oak acorns on the ground.  There are a couple of large Bur Oaks (Quercus macrocarpa) in that area, but they’ve been trimmed up to high, I can’t reach any of the branches.  The Bur Oaks are one of the most massive oaks with a trunk diameter of up to 10 feet and they can live up to 400 years.  They also have the largest acorn of all of the oak species in North America, so getting some of the windfall acorns is cool to me.  They’re native to the US, but not to California.

I was watching some hummingbirds chase each other around, and then several of them stopped at a Smoketree and started rubbing their chests and bodies on the sprinkler-dampened leaves, like they were bathing with the drops of water on the plant.  Then I caught sight of something bright-bright yellow in the same Smoketree.  It was doing the same thing the hummers were doing: rubbing its breast and body on the wet leaves.  I got a couple of snaps of it even though it was mostly covered by the leaves and moving pretty quickly.  I think it was my first sighting of a Wilson’s Warbler!

I also found a “fasciated” seed pod of a Liquidambar tree.  The normal seed pods are shaped like the round spiked ball on the end of a mace.  The fasciated one was deformed into a lumpy ellipse with several knobby heads.  So cool.  Fasciation can occur in almost any plant part but usually takes on a flattened fan-like form that looks like a misshapen crest, fan or bundle. Nobody really knows what causes it, but:

“Most now agree that fasciation occurs as a mutation in a single cell in the central zone of the meristem… But, instead of the meristem being formatted to produce a round [structure] the mutation causes a disruption in between-cell communication and the flattened meristem results.” — Gerald Klingaman, Extension News – February 22, 2008.

I walked for about 4 hours before heading back home.

No part of this website may be reproduced, distributed, or transmitted in any form or by any means, including
photocopying, recording, or other electronic or mechanical methods, without the prior written permission of the author.  The phrase “Chubby Woman’s Walkabout” and all of its associated uses are Trademarked™ by Mary K. “Mare” Hanson. 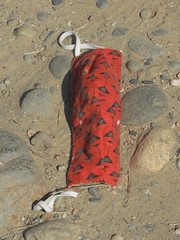 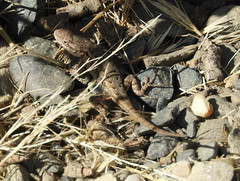 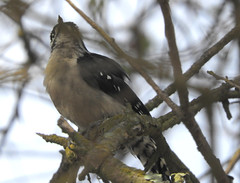 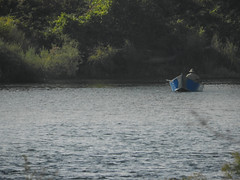