I got up around 7:30 this morning and by 8:15 was out the door headed to the Effie Yeaw Nature Preserve.  My former co-worker Nate Lillge was leading a hike there for Tuleyome.  It was 46ºF when I arrived, and Nate was already there, in the parking lot, waiting for his hikers: Alice and Amy.  It was a perfect day for walking, though, mostly sunny skies and temperatures that got up to about 57ºF before we left.

Nate walks a lot faster than I do, so I was lagging behind a lot, and there were several times when he just stopped and waited for me to catch up.  Each time, I brought up something with me, like a twig with lichen on it, or different kinds of fungi, or an example of Sudden Oak Death on a tree we passed.  Because we were moving so quickly, I didn’t get anywhere near as many photos as I normally would on a walk there but the exercise was good.

We walked for about 2 ½ hours and then headed back to our respective homes.  It was really nice to see Nate again; I’ve been missing him and Bill. 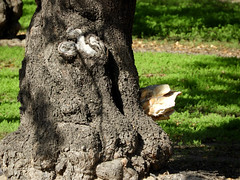 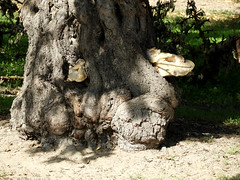 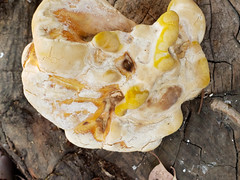