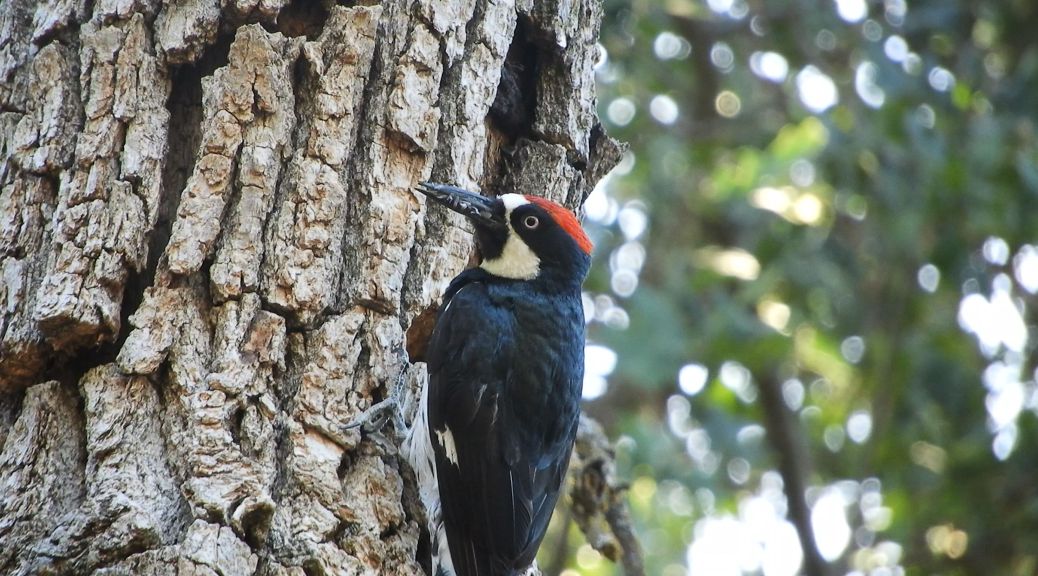 I got up around 6:00 this morning, and got the dog fed and pottied before heading over to the Effie Yeaw Nature Preserve for a walk.  It’s supposed to be around 100° today, so I wanted to get out there before it got too hot.  When I arrived it was about 60° outside.

I saw no deer at all today; I figure the does are off looking for a quiet spot to have their fawns and the bucks are working on their tender antlers…

It looks like the Black Phoebes are repairing their nests and getting ready for a second brood.  I saw both the male and the female flying back and forth to two of their previously used mud nests, cleaning them out and repairing the mud walls of them.  The female will eventually choose which one she likes best.

They can have up to three broods per year.  The first one around February-March, the second one around May, and the third one later in the year.  It’s a tiny bit late for this pair if they’re working on their second brood.  ((Third broods are usually not successful and generally only take place because the birds have lost one of their previous broods.))  It usually takes them 5 to 7 days to refurbish an existing nest.

I also watched a papa Acorn Woodpecker feeding bugs to his babies in their tree cavity.  Because of the angle of the tree, I couldn’t see into the nest, so I don’t know how many young ones he had.

Then I came across a mama Wild Turkey with four poults. The babies seemed anxious to run off and explore on their own, but she kept them contained in the high grass as much as she could to keep them hidden from predators.  That made picture-taking difficult but I did get some pix of the more adventurous poult.

There were quite a few Western Fence Lizards out and about. They love this warm weather. I saw one, though, doing a kind of scratching behavior I’d never seen before.  She was kicking dirt with all four of her feet; first this foot, then that foot, very rapidly. I’ve seen the lizards do their push-up displays and head-bobbing, raising their tails, arching their backs, doing their “gular extension” thing to show off their blue throats… but I’ve never seen one doing this scratching.  She didn’t seem disturbed by my being around, even when I moved in a little closer, she continued to scratch.  I wondered if she was covering eggs or something, but the ground there seemed too solid and dry for her to have laid anything. A conundrum…

Oh, and did you know: the lizards can change color from tan to almost black to aid them in thermoregulation while basking?  These things are so cool.

I only walked for about 2 hours.  By then it was already 75° outside and too warm for me to continue walking, so I headed back home.