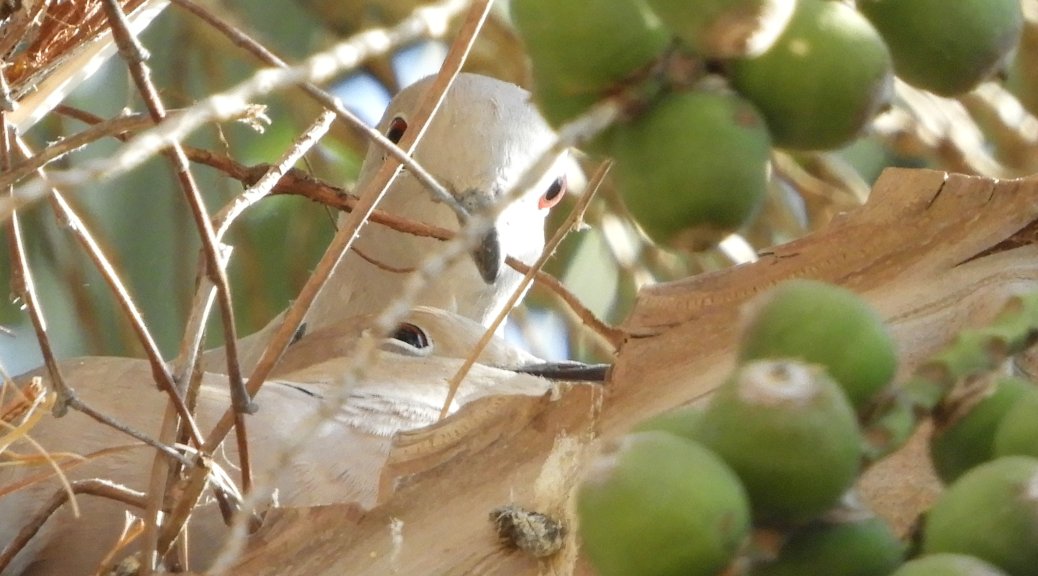 We have a pair of Eurasian Collared Doves (Streptopelia decaocto) building a late-season nest in the palm tree in the backyard. The male was bringing the female twigs for the construction. #CABiodiversityDay

“…Eurasian Collared-Doves made their way to North America via the Bahamas, where several birds escaped from a pet shop during a mid-1970s burglary; the shop owner then released the rest of the flock of approximately 50 doves. Others were set free on the island of Guadeloupe when a volcano threatened eruption. From these two sites the birds likely spread to Florida, and now occur over most of North America…Eurasian Collared-Doves are one of very few species that can drink “head down,” submerging their bills and sucking water as though drinking through a straw. Most birds must scoop water and tip the head back to let it run down into the throat…”

Buy Me a Coffee!

Donate $5 to buy me a coffee so I have the fuel to keep going and produce more great content!