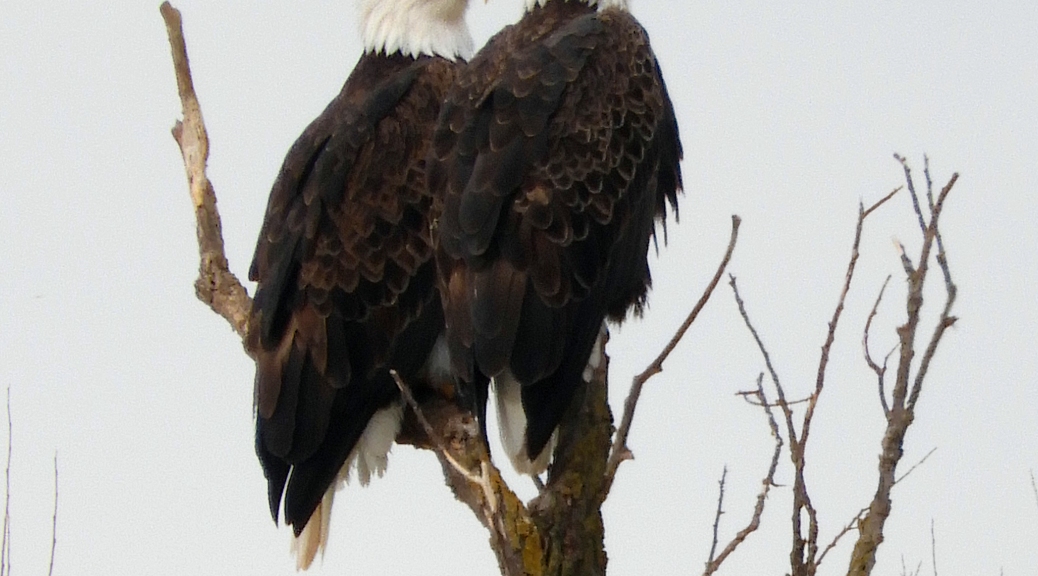 I wanted to get up a little early today so I could head out to the Sacramento National Wildlife Refuge… The drive to the refuge is a long one: 2 hours there, 2 hours back, and about 4 hours of driving around the auto tour route. That’s a LOT of car time, sitting in a folded-up position. I haven’t done it since just before my surgery and didn’t know if my core could handle that yet. Well, I found out. It can’t right now.

I was okay on the drive there, but halfway through the auto tour route, I started to ache, and by the time I got back to the house I was in pain. Dang it! I thought I was doing so well. Gotta work more on the exercise and core stuff I guess.

Anyway, after putting gas in the car and stopping to pick up something for my own breakfast, the dog and I got to the refuge around 7:00 am. The sun was just coming up, so I got some red-sky photos. Because the light was so “low” and there was some cloud cover, the camera gave me fits all day. The cloud-glare bounced off the water and played havoc with the light meter/auto focus dealie, and I struggled to get the photos I wanted, sometimes failing miserably which was very frustrating. So, rather than relaxing me, I was kind of stressed out periodically throughout the drive.

Still, I did manage to get SOME halfway decent images. CLICK HERE to see the full album.

The standouts for the day were the Bald Eagles and Ravens. I saw about 5 eagles, including a bonded pair and a juvenile (maybe 2 or 2 ½ years old). One of the eagles was sitting what I generally call “the eagle tree” because you can often find one sitting in it.

It’s sometimes hard to get photos of the birds in that tree because it’s a tall one that sits on the right-hand side of the road. You either have to lay down in the front seat and shoot out the passenger-side window or turn the car at an angle that puts your driver’s-side window to the tree (and blocks the whole road). There were no other cars on the road at the time, so I chose to block it. (Didn’t think my core could handle my lying down in the seat and twisting to shoot out and up into the tree.) I was surprised to find that in that tree, on a few branches below the eagle, there was also a Cooper’s Hawk. You don’t really realize just how truly big the eagles are until you see one beside a hawk. Wow!

The rest of the eagles were near the end of the auto-tour route. The bonded pair were in a distant tree, sitting near the top of it, near the last park-and-stretch area. Because they were so far away it was hard to get any good close-ups of them with my camera. And because of the cloud-glare, their white heads tended to vanish against the white sky, so finessing the camera’s iris was tricky. I liked watching the pair, though. They sat side by side, surveying the surrounding wetlands, periodically touched beaks like they were kissing and groomed one another.

The last two eagles, an adult and the juvenile, were sitting up in the eucalyptus trees along the exit route. The juvenile, which was much more visible than the adult because it was sitting out near the end of some branches, at first looked like a mottled shadow against the twiggy branches, but then seemed to reveal itself as I got closer to it. So cool!

I also got to see three ravens. Two were of a pair that landed together in a tree near the end of the auto tour route. One was kind of bedraggled-looking; some of its feathers were on inside out. And the other flew up with it, offering it a treat I couldn’t quite make out. The treat-bearing one flew off again, and the bedraggled-looking one stayed behind, cawing loudly in the direction in which the other had left.

Even though I wrestled with the camera all day, I was still able to see over 30 different species of birds and animals while I was out there, so I still chalk it up as a “good” viewing day. 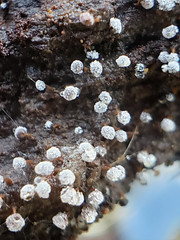 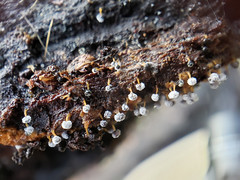 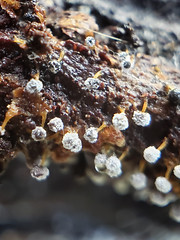 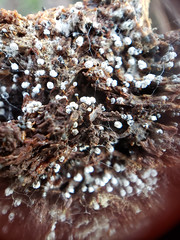