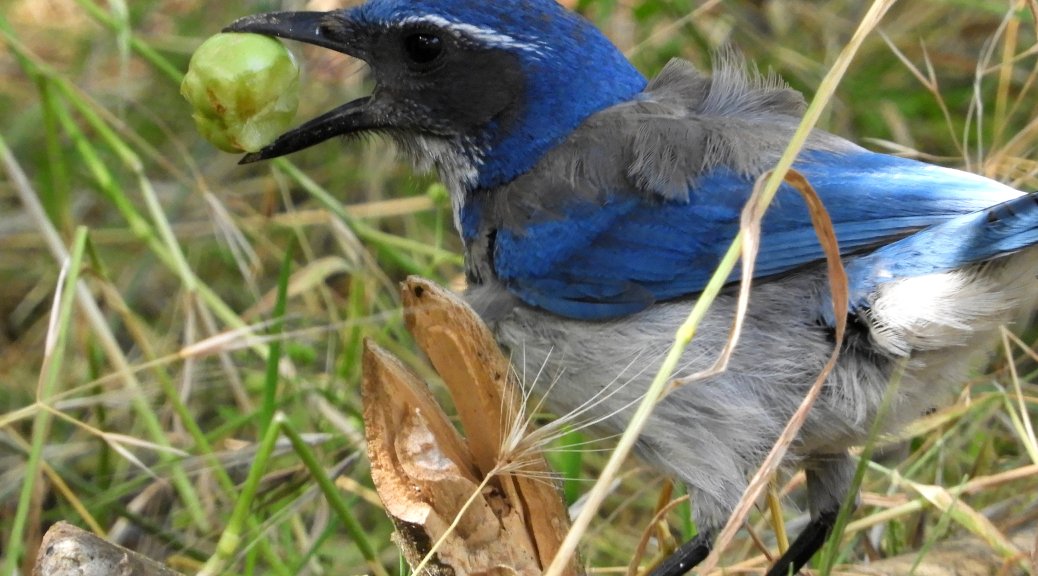 I got up at 5:30 this morning. I would have slept in a tiny bit more, but Sergeant Margie needed to get outside to pee. Since I was up, I decided to stay up and head over to the Effie Yeaw Nature Preserve for a walk. It was about 55° when I got there, and almost 70° when I left.

I did get to see another pair of Mourning Doves working on their nest. I saw the male first, along the trail picking up twigs and bits of dried grass and flying them over to the female. She was sitting in the back of a half-fallen branch of a tree, tucked in a broken bit of bark. Smart girl!

Later on, along the trail, while I was watching a young Fox Squirrel, a California Ground Squirrel showed up, and then a Scrub Jay landed nearby with a green plum in its beak. Wow, lots of photos just within a few feet of one another. I love moments like that.

I walked for about four hours and then headed home. 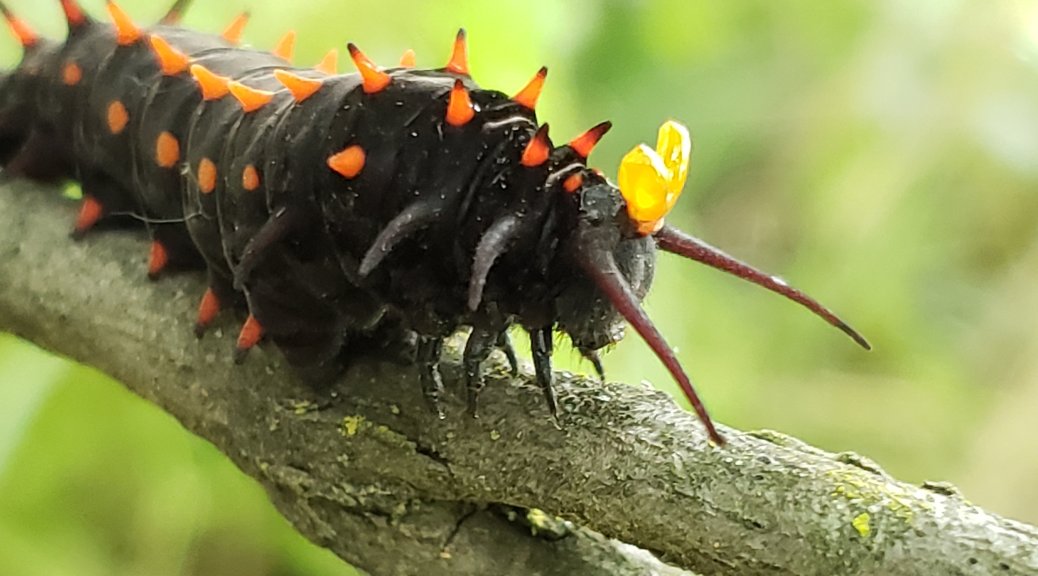 I got around 6:00 am this morning and headed out to the American River Bend Park for my walk. It was overcast for most of the day, but I was able to do my walk without getting rained on, so that was good.

The first thing I saw when I got there was the leucistic female turkey and another “normal”-colored turkey walking through the tall grass along the side of the road with one small poult following after them. I don’t know which of the gals had the baby, but they both seemed to be taking care of it.  Poults are so hard to photograph most of the time because the moms try to keep them hidden as much as possible. So, I only got a few shots of the baby’s behind.

This is the time of year for caterpillars at the park and you could see Pipevine Swallowtail and Rusty Tussock Moth caterpillars almost everywhere you looked.  When I was videoing some of the Pipevine Swallowtail guys eating pipevine a woman and two of her friends came up. The woman plucked a caterpillar from the ground to show it to their friends, and when she came back to set it back onto a pipevine plant, I asked her if she’d seem the Tussocks.  She said, no, so I showed her where some of them were and gave her and her friends a mini lesson on the species.  Naturalist thing: check.

The pipevine plants were abundant: on the ground, over logs, up into the trees and shrubbery. Some of them were super-thick.  The wild grape vines were also everywhere. They seem larger than I’ve seen them in years – but that’s because of the rains, I’m sure. We were living with drought with so long that we don’t recognize the landscapes with water anymore…  The Elegant Clarkia was in bloom all over the place; patches of pink – and some white – all along the river trail. So pretty.

Lots of House Wrens around singing today. I saw one male go over to a slit-like cavity in the side of a tree and look in, then he flew up into a nearby tree advertising his find.  But the cavity was already taken by a pair of Oak Titmice. The mom came up with a beak full of bugs and started fussing at the Wren. She flew at him a couple of times to drive him off, but he was pretty persistent. When both of them were away from the cavity, I walked up to the tree to see if I could hear any babies inside. When I tapped on the tree, I could hear a hiss from inside. Sometimes, baby birds hiss to make themselves sound like snakes, so predators won’t bother to come inside the nesting cavity – and it also deters human from trying to get a better look inside. Hah!

I walked for about 4 hours and then headed back home. 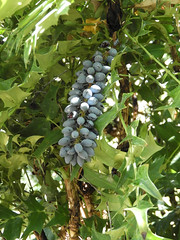 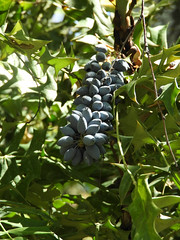 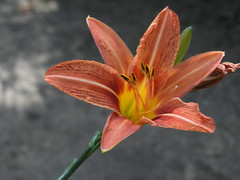 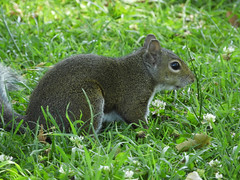